Whether you’re watching a movie or listening to music, the source is a very important factor in the quality of the image and the sound produced from your audio video system. The best video sources are true 4k and true blue rays (not up-scaled), for audio, the best choices are blue rays recorded in master audio, Super audio CD’s, DVD,  and regular CDs. Too often individuals will buy a quality 1080P or 4K projector, large screen, and high end audio system spend thousands of dollars, and then stream video or audio low quality files and wonder why it’s a bit of a letdown, and many don’t even realize what they’re missing because they have never used discs, or stopped using discs because it’s easier to stream. Why anyone would spend a good amount of money and time into building a theater or entertainment room, and then basically feed this system mediocre to garbage files is beyond me. Garbage in equal’s garbage out. Why this happens is simply a fact that most people just don’t know the makeup of file formats, files you stream are highly compressed in most cases. In fact, even TV from most providers are actually broadcast in 1080i or 720 P, and then that source is compressed more to save these companies’ bandwidth. The audio is also highly compressed and usually limited to 5.1 surround while a true 4K blue ray is 4 million pixels with ability for uncompressed Dolby Atmos audio for 11 speakers and a sub-woofer, and a Blue ray is a 1080P file, with 2 million pixels, with 7.1 master audio uncompressed. Most audio streaming services as well as those provided by cable companies, satellite or other TV services are also highly compressed and do not provide all the surround channels in the original sound track. Here is a list of file formats from Wikipedia for comparison.

A good quality blue ray,or 4K blue ray, will have much better contrast ratios and black levels compared to any other source, and that’s really important when you’re using a projector and screen. When listening to a good quality audio source on a good system it will provide a great sound stage. A sound stage is similar to a hologram, but in audio terms it’s the ability to actually with your eyes closed hear sounds, instruments and singers in a 3 dimensional space when sitting in front of and between your speakers. There will be a depth and width to the music and with certain quality sources you can actually pin point sounds so precisely you can picture a musician playing an instrument 2 feet from the left speaker and 3 feet back like they’re actually in the room with you. A similar experience happens when you listen to movies if recorded with surround sound formats if the source is good and the system you have is up to task! With low quality sources the sound stage will be muddied and the detail will be lost, along with overall sound quality.

We're not around right now. But you can send us an email and we'll get back to you, asap. 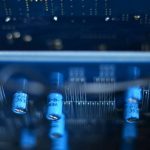